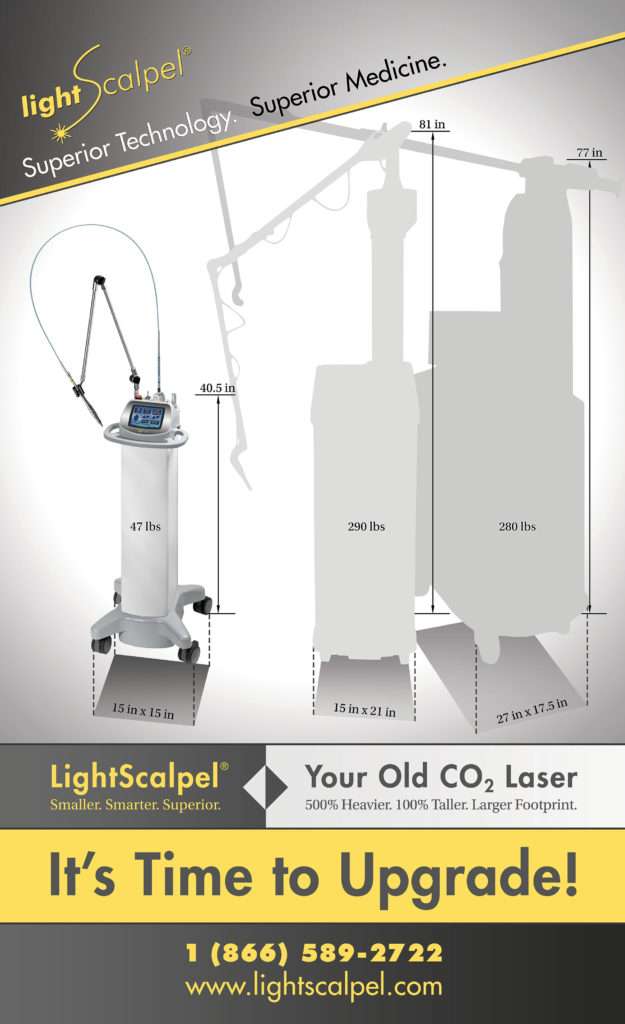 LightScalpel® is built on 30 years of CO2 laser technology and innovation. Paul Diaz, MSEE, was a developer of the Xanar Surgical CO2 laser. The Xanar laser later became the UltraPulse® laser at Coherent Medical and later at Lumenis. Paul later went on to co-found the Luxar Corporation (Luxar and NovaPulse laser systems), after which he worked as a research and development director at Lumenis, and then went on to co-found LightScalpel and Aesculight.

Some of the obvious advantages that the LightScalpel CO2 laser has when compared to the old antiquated CO2 laser systems include the vastly improved ergonomics of the flexible hollow waveguide delivery system, small pen-like handpieces, and a much smaller equipment footprint. Some of the not-so-obvious advantages of the LightScalpel CO2 laser system are a touch screen interface with customizable controls that simplify laser usage, and improved laser pulsing modalities for a vast range of pulsing rates and pulse energies.

For those still using old and large articulated arm CO2 lasers, it is time to upgrade!