A tribute to the past and the future in CO2 laser surgery, the “Surgical Laser Evolution”, was unveiled this week at LightScalpel’s headquarters in Bothell, WA. The tribute features the original Luxar laser from 1990, the 1994 NovaPulse, the 2006 Aesculight, the 2013 LightScalpel, and the 2017 VetScalpel. The evolution is not over: our elite team of engineers constantly strives to perfect and refine and take CO2 laser surgery into the future. 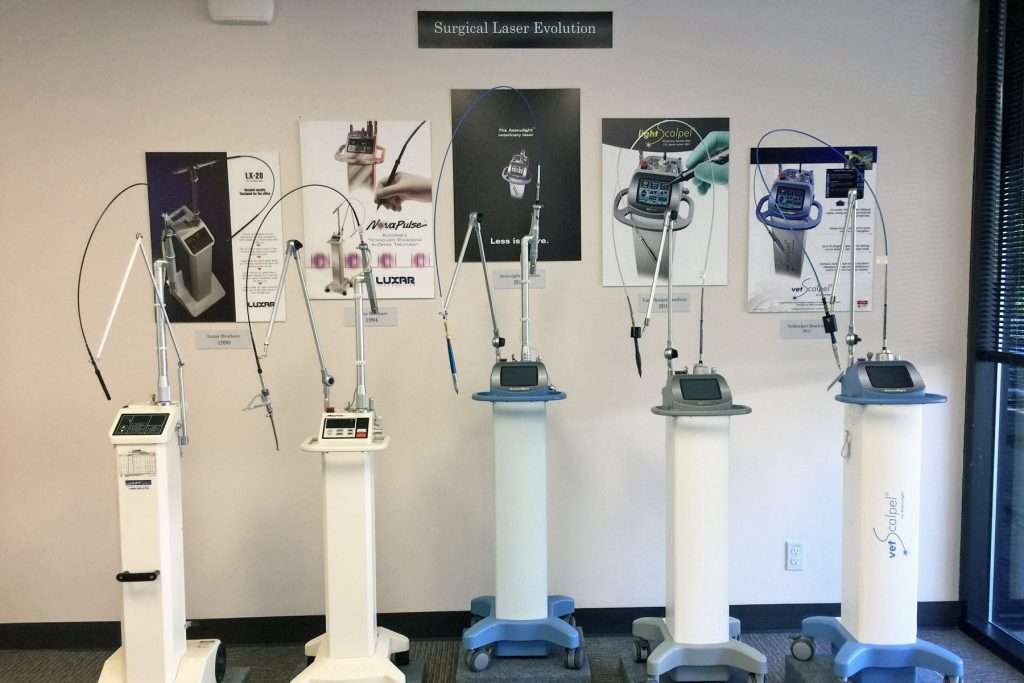 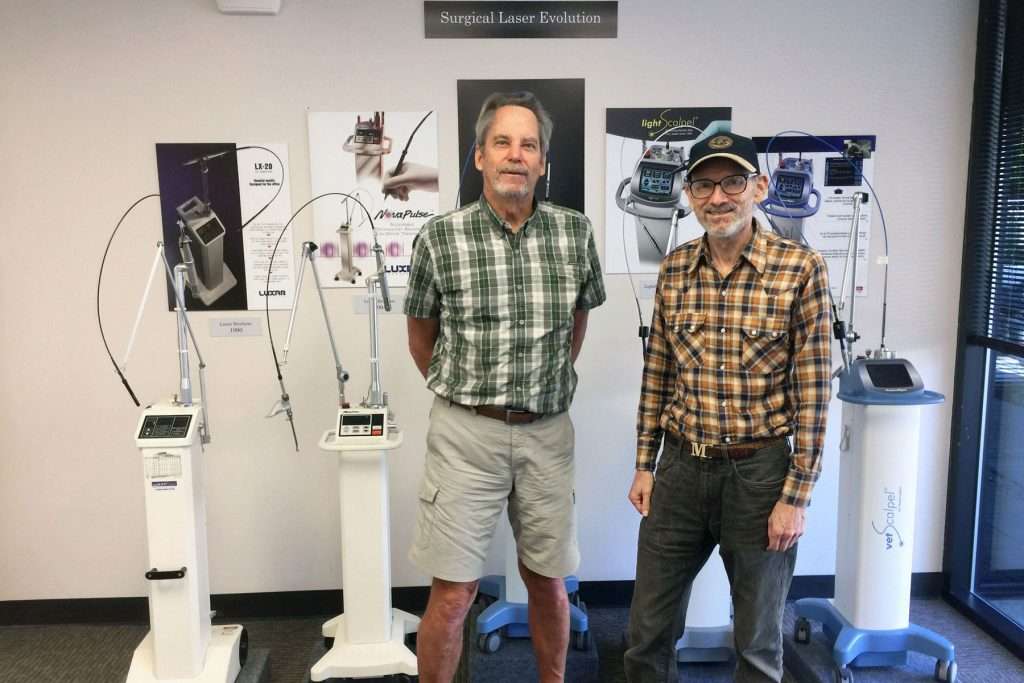 Paul Diaz and Mike Levy are two of the original co-founders of Luxar Corporation founded in the late 1980s in Seattle. Prior to Luxar, both Paul and Mike helped in the Xanar surgical CO2 laser system success in the mid-1980s. Xanar and their articulated CO2 lasers were sold in the 1980s to Johnson and Johnson, and then to Coherent Medical, to be repackaged later as Coherent’s UltraPulse / Encore CO2 laser system, which is now a part of Lumenis’ surgical CO2 laser offerings. Mike Levy invented the first commercial flexible hollow waveguide, which was exclusively manufactured by Luxar to enable all of the many Luxar laser uses in medicine. These days, in his spare time, Mike works on special projects for LightScalpel; Mike has helped us to design and build the “Surgical Laser Evolution” tribute. 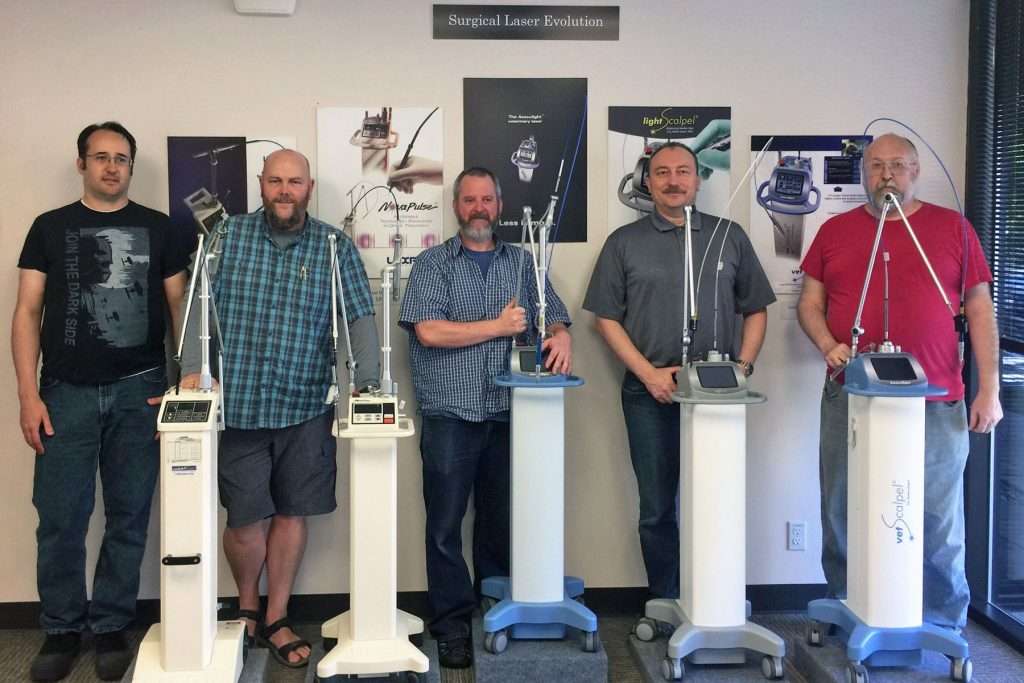 LightScalpel employs some of the world’s most experienced CO2 laser engineers, designers, and technicians who were formerly with the Luxar Corporation and Synrad Inc.